Every Pakistani knows that Suzuki Pakistan is one of the largest manufacturers of automobiles in Pakistan. After the launch of car models like Wagon R, New model of Cultus the company has gained much more popularity in Pakistan, record breaking sales and profit too.

According to the news sources Suzuki Pakistan has increased its profit to 40.7 percent as compared to previous year 2016. Experts are saying that this record profit and revenue is due to the increased demand of Suzuki Wagon-R.

Normal booking time for Wagon-R is in Pakistan is up to 6 months that is a very long period but still there is increase in demand of this model with every rising day. Company has announced its profits approximately 3.8 Arab Pakistani Rupees in year 2017. 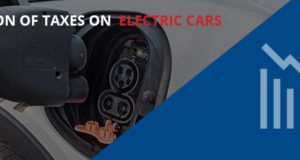 Reduction of Taxes on Electric Cars