Toyota Indus which is joint venture between Toyota and Indus motor is the supplier and assembler of all the cars of Toyota in Pakistan. It was being informed that Toyota Indus has suspended the production of Hilux Revo Flagship model which has 3.0 liter 1KD-FTV engine. Below Toyota Fortuner stands Toyota Hilux Revo Flagship model among the models assembled in Pakistan. Along with Hilux Revo flagship model, Fortuner production has also been suspended but it is confirmed by Toyota Indus that it we soon be re-launched. According to news Toyota Indus will try to flash ECU and will try to keep it to 3.0 liter. However if that didn’t work they will relaunch it with 2.8 liter diesel engine.

Toyota Revo Flagship had rattling and injection issues as informed by resources. This problem was also appeared in refurbished imported models.

Many people complained about the fuel average of Toyota Hilux Revo flagship while the imported model had knocking issues since diesel was not compatible for that engine.
2018-01-21
admin
Previous: Tips to Buy Used Cars
Next: Pros and Cons of Electric Car in Pakistan 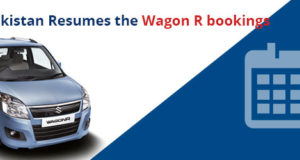